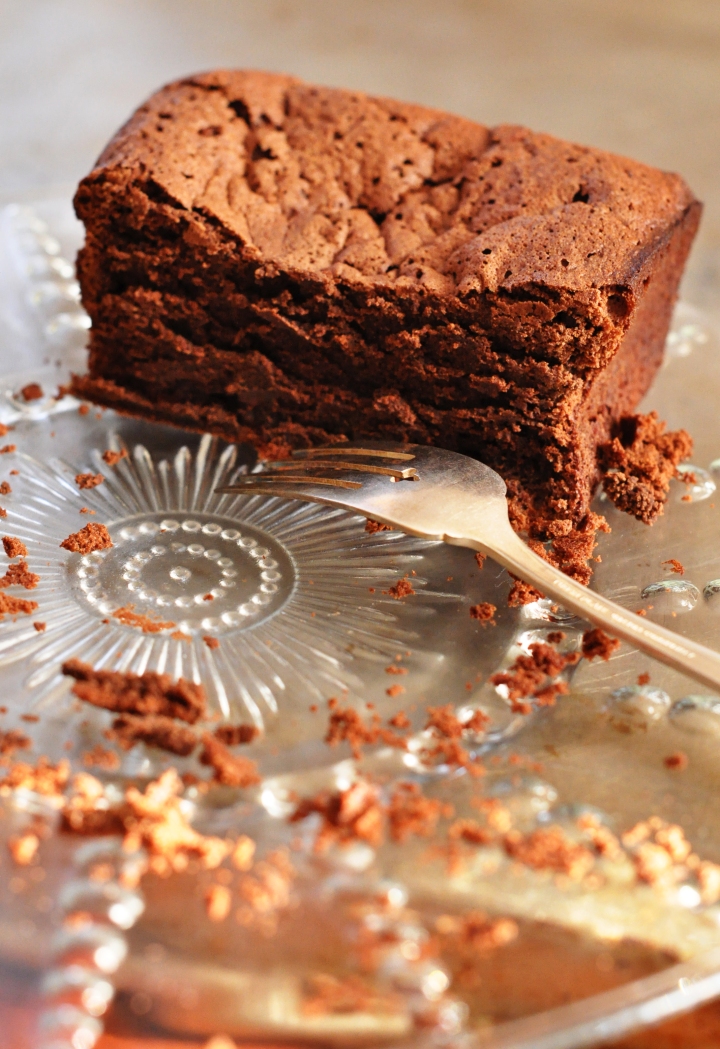 What happens when a winter storm collides with a planned dinner party?  People cancel.  At least that’s what happened to the December 2010 installment of our Inspired Supper Club.  Fr. Leo was coming in from Emmitsburg, Adam and Joanne were driving up from NOVA, Mary was driving cross town, and Lan was crossing the Boulevard to meet up at our house for a pre-holiday celebration. Then the ice came. And the calls and emails started.  Should we cancel?  Should we continue as planned?

The good thing about my Type A personality is that I usually have a back up plan.  So when Adam and Joanne said they wouldn’t be able to make it, we moved Fr. Leo’s soup into the appetizer spot on the menu.  And when Mary decided that the ice and her brakes were not getting along, I immediately put Gateau Therese to the task of rounding out the meal.

If someone had walked into our house not knowing the chaos that the weather had wrought, they never would have guessed the evening had ever been in jeopardy.  Because The Mistah, Lan, Fr. Leo, and I had an  incredibly Inspired Supper.  While there were a few empty chairs at the table, we had an abundance of laughter and were nourished by the chance to connect with one another.

Adapted from David Lebovitz “The Sweet Life in Paris”

Heat the oven to 350 degrees.  Spray a loaf pan with nonstick cooking spray, line the bottom with a strip of parchment (make it into a sling so you have handles coming out the sides), and set aside.

In a medium bowl, beat the egg whites with the kosher salt on low speed until foamy.  Increase the speed to medium until soft peaks form.  Add half the sugar and continue to beat until stiff peaks are formed when the beater is removed from the bowl.

Melt the chocolate and butter together in the top of a double boiler set over a pot of simmering water.  When just melted, remove from the heat and stir in the remaining half of the sugar, the egg yolks, and the flour.  Stir until just combined.

Pour the batter into the prepared loaf pan and bake for 35 minutes until the cake just feels slightly firm in the center.  Cool the cake in the pan then grab the parchment sling and carefully remove the cake from the pan.